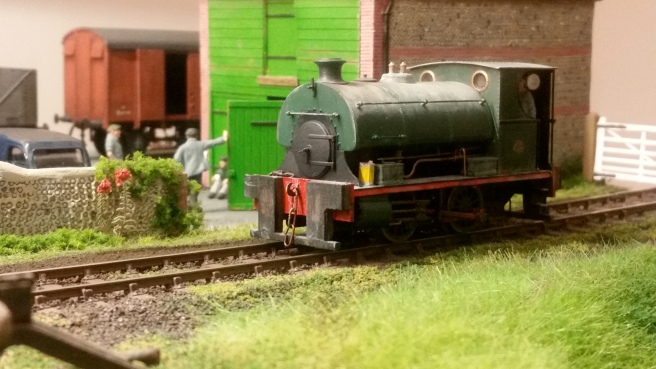 So Uckfield show has been and gone and Tarring Neville’s first outing went pretty well. Firstly I must say a big thank you to Adrian and the Uckfield club for such a good weekend and putting on yet another top notch show. The layout behaved itself and picked up lots of nice comments from exhibitors and the public. It was interesting to fool a few locals like with Herstmonceux, into thinking the railway was really there.
As you can see from the picture above and my previous post, another loco has joined the cement works fleet. Its a Hornby Peckett but just like Chris and Oly over at otcm I couldn’t just leave it as it was out the box and it was in bits the same day Chris dropped it off! Mine is loosely based on Stanley as I wanted to do one with dumb buffers. I didn’t get time to fit its new whistle and works plates before the show but at Uckfield I had all three running on Tarring Neville (Cheers guys).. 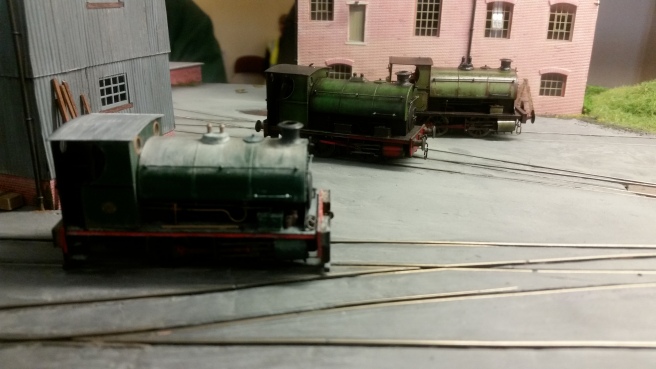 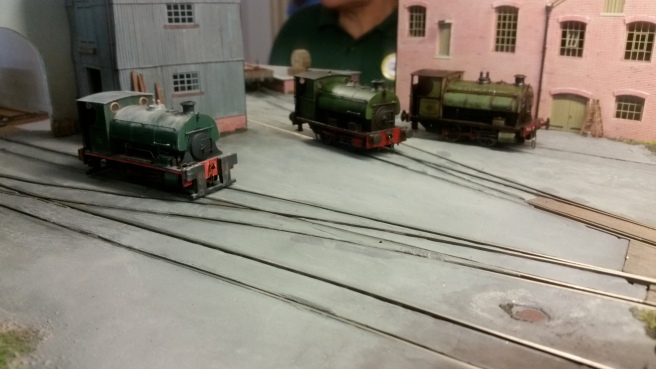 As usual though I didn’t manage to take many pictures but Adrian has put up a retrospective here with pictures of all the layouts and Redkiterail has some pictures on his Flickr site. It was good to see Oly’s excellent “Six Quarters” in the flesh and I really liked “Surrey Arms”, definitely two layouts to look out for!
Hopefully I will get a few more bits done before Tarring Neville’s next outing in a few weeks at Brighton MRC’s show.

...far, far away in Leaky Villa with the kettle on, a tin of post-apocalyptic peaches & the Marmalade Lurcher

The thinking behind and construction of model railway exhibition layout.s